Butter Chicken vs Tikka Masala: What is the Difference? 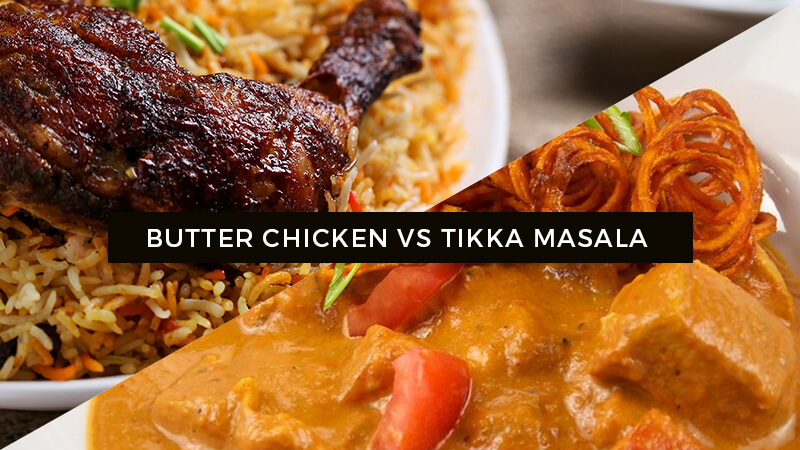 Curious what is the difference between butter chicken and tikka masala?

Stick around as we discuss this topic…

Chicken meat is very versatile, especially as you get light and dark meat from a whole chicken.

Because of this, a lot of recipes involving this meat have emerged from cultures across the globe.

Fans of Indian cuisine will know that Indians cook chicken in a wide variety of ways.

From the delicate and complex cooking of curry to tandoori chicken, you will definitely find a recipe involving this bird that suits your palate.

Two of the most popular Indian dishes are butter chicken and tikka masala.

These two may use the same meat and have similarities in their appearance, but they carry a range of differences.

Want to learn how to distinguish the two dishes? Read on!

What Is Butter Chicken?

This Indian delicacy originated in Peshawar City in India when a restaurateur bought a restaurant famous for its tandoori chicken.

He played around with chicken that remained unsold at the end of the day.

Using butter, tomatoes, spices, and fresh cream, he created a gravy that made butter chicken what it is today.

It is known for its tangy yet creamy flavor with hints of bitterness. 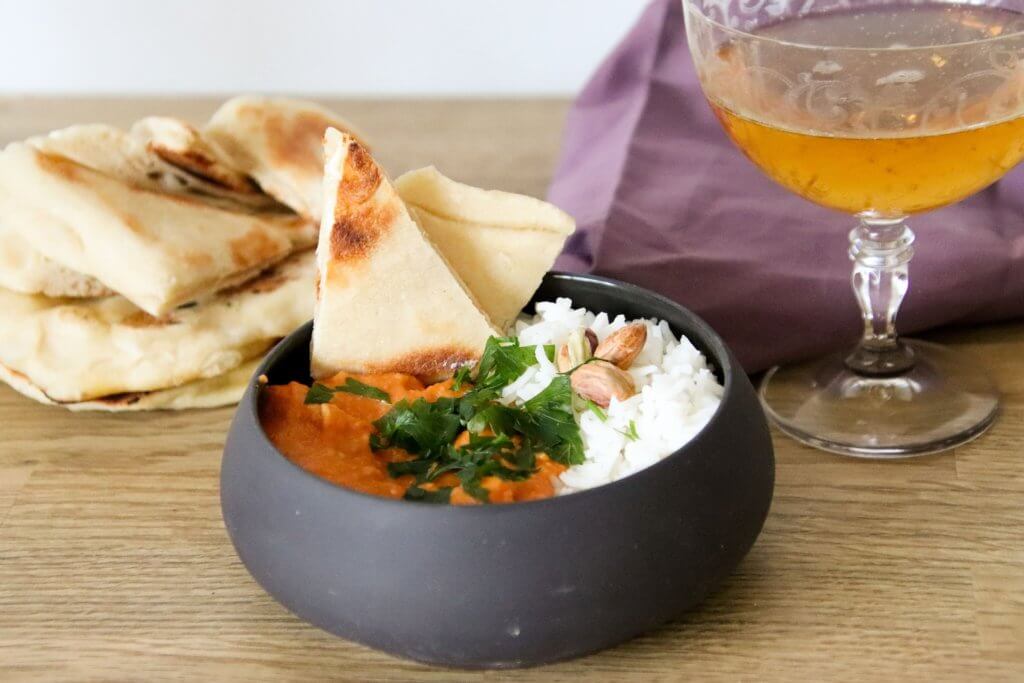 Today, the restaurateur’s family has been running their own restaurant chain called Moti Mahal for 70 years.

They have locations worldwide.

What Is Tikka Masala?

There has been debate as to whether tikka masala is actually an Indian or a British dish.

The correct answer is that the chicken is rooted in Indian culture using traditional ingredients, but tikka masala was invented by a Bangladeshi chef in the United Kingdom. 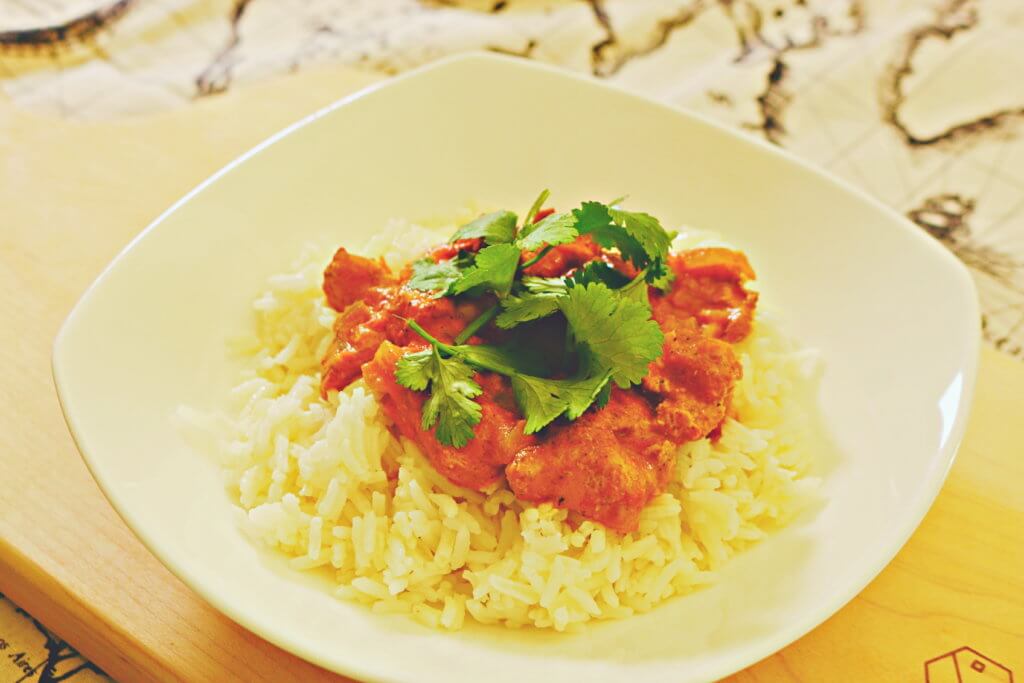 According to one story, a chef running an Indian restaurant in Britain invented tikka masala by accident.

As the tale goes, a customer displeased with his dry chicken tikka sent the dish back to the chef.

In an attempt to make the dish more interesting, the chef added a can of tomato soup, some spices, and yogurt.

After serving this improved dish back to the customer, it became one of the most popular dishes in the UK.

Now that you know a bit more about these two dishes, let’s uncover what makes these two chicken recipes distinct.

Here we have the most important differences between the two:

One of the key distinctions between these two dishes is their invention.

While they both came about as their respective chefs experimented on cooked chicken, the key recipes clearly differ.

For butter chicken, the creator used unsold tandoori chicken, while tikka masala came about after the inventor ‘improved’ a chicken tikka dish.

Moreover, the place of the invention also differs.

The first dish was created in India, while the second was invented in the UK, despite having Indian origins. 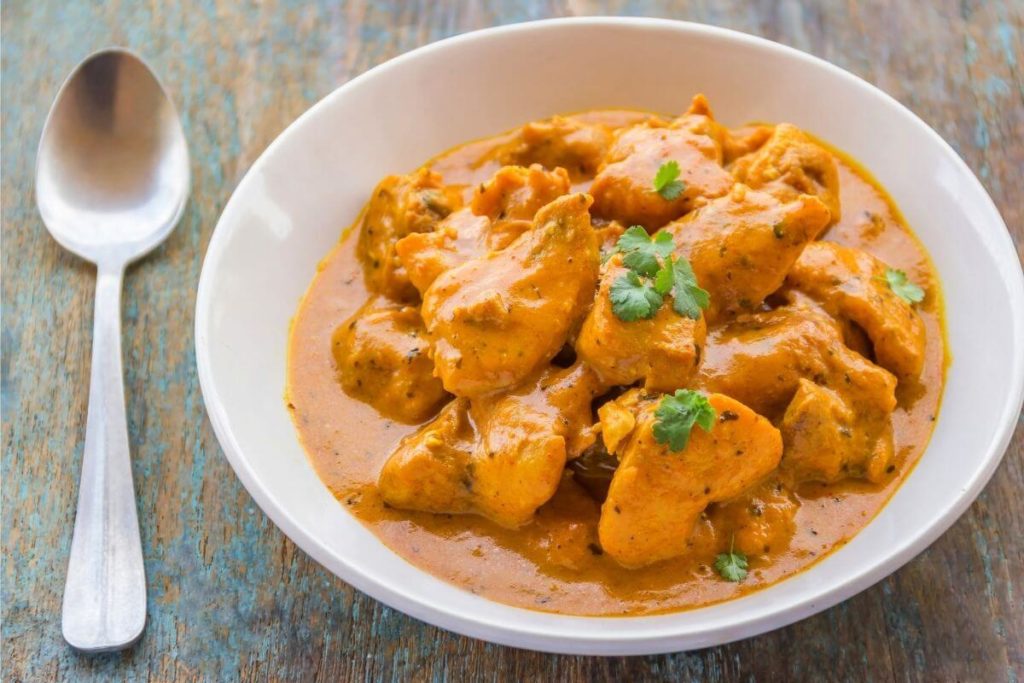 As mentioned, these two have similarities in appearances in that the chicken meat comes covered in a heavy sauce.

However, you will notice that butter chicken has a lighter, orangish-brownish sauce.

On the other hand, tikka masala has a redder and richer-looking sauce.

The reason for this can be traced to the common ingredients used to whip up these delicacies.

The key ingredient for butter chicken is butter, while tikka masala uses tomatoes.

Make no mistake though, the first delicacy also uses tomatoes.

In fact, you will notice that they share a lot of ingredients such as chicken, yogurt, cream, onion, tomato paste, garam masala, ginger, garlic, and pepper.

The difference is that each is used in varying amounts.

For example, tikka masala uses more pepper and tomatoes, while butter chicken has more cream with the addition of butter, turmeric, and cumin.

Butter chicken uses butter and cream more liberally, while tikka masala uses a limited amount of cream and no butter.

Likewise, the first dish has less tomato while the second one contains a lot.

So, you can expect the first dish to be creamier and the second dish to have a more tomato-based taste. 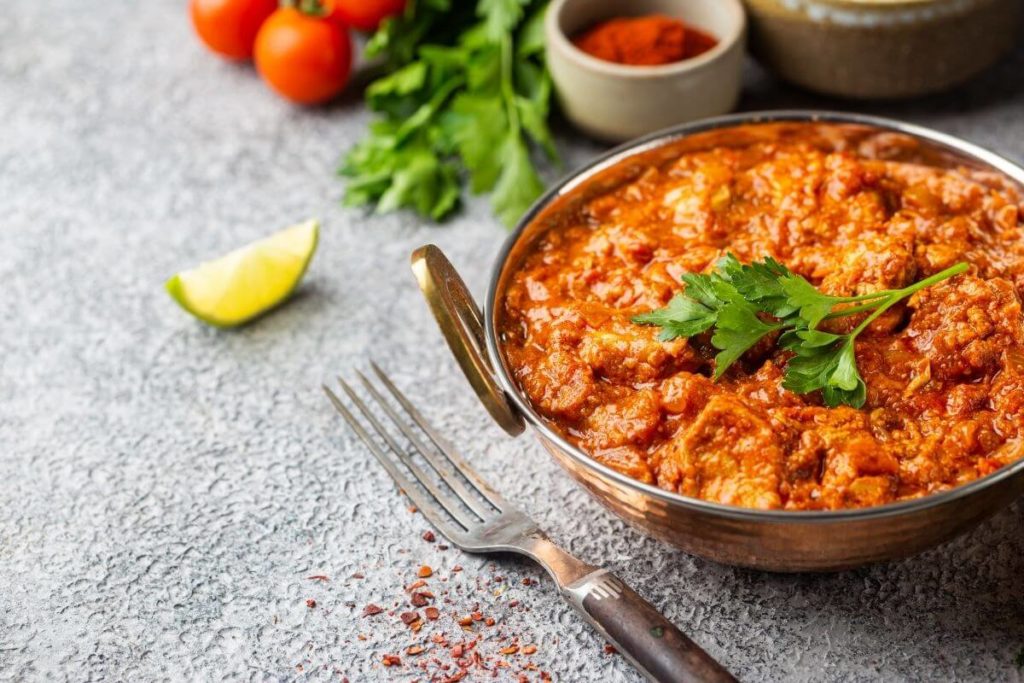 Notable similarities shared by these two dishes include:

Butter chicken and tikka masala are two easily recognizable Indian dishes if you know what to look for.

Now that you know the differences in appearance, invention, ingredients, and taste, you can easily determine if the dish in front of you is butter chicken or tikka masala. 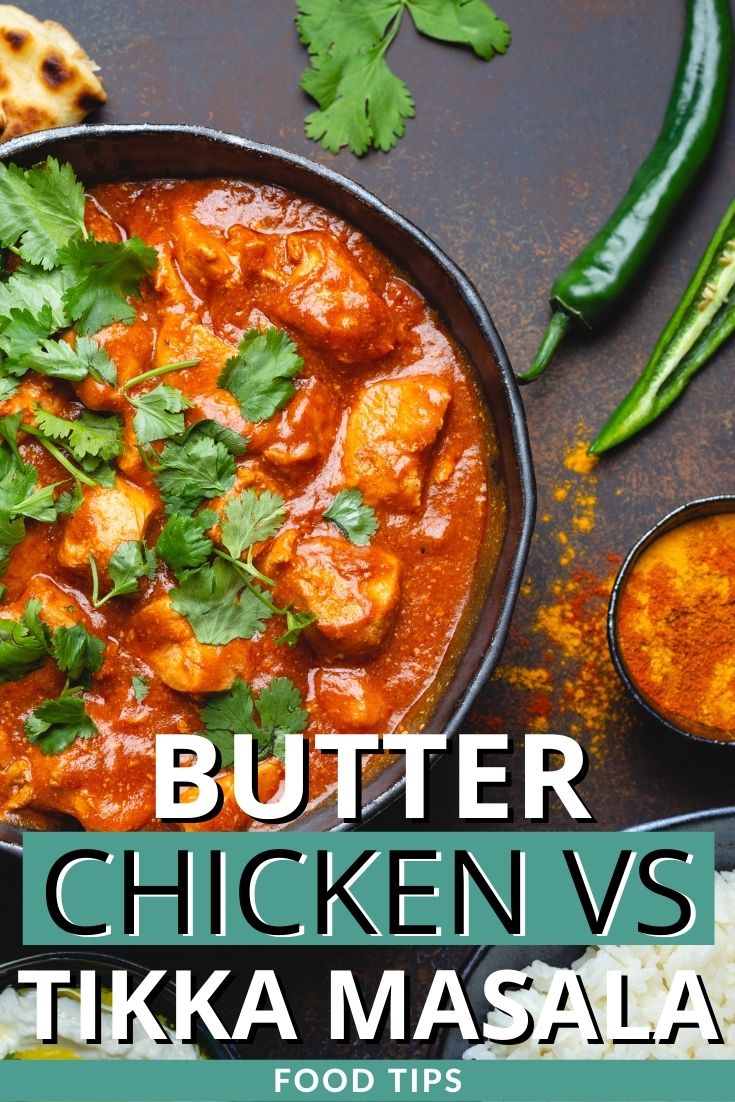 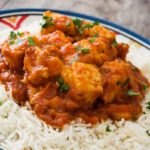 Check out these great Tikka Masala Recipes that have been shared on Pinterest. 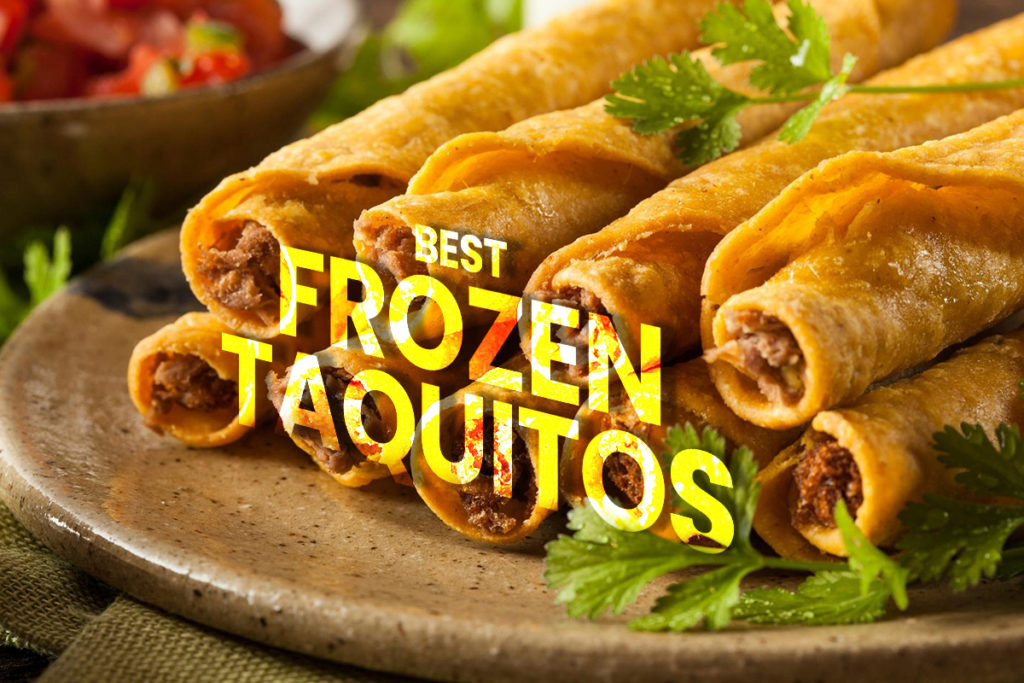 5 Best Frozen Taquitos You Should Try! 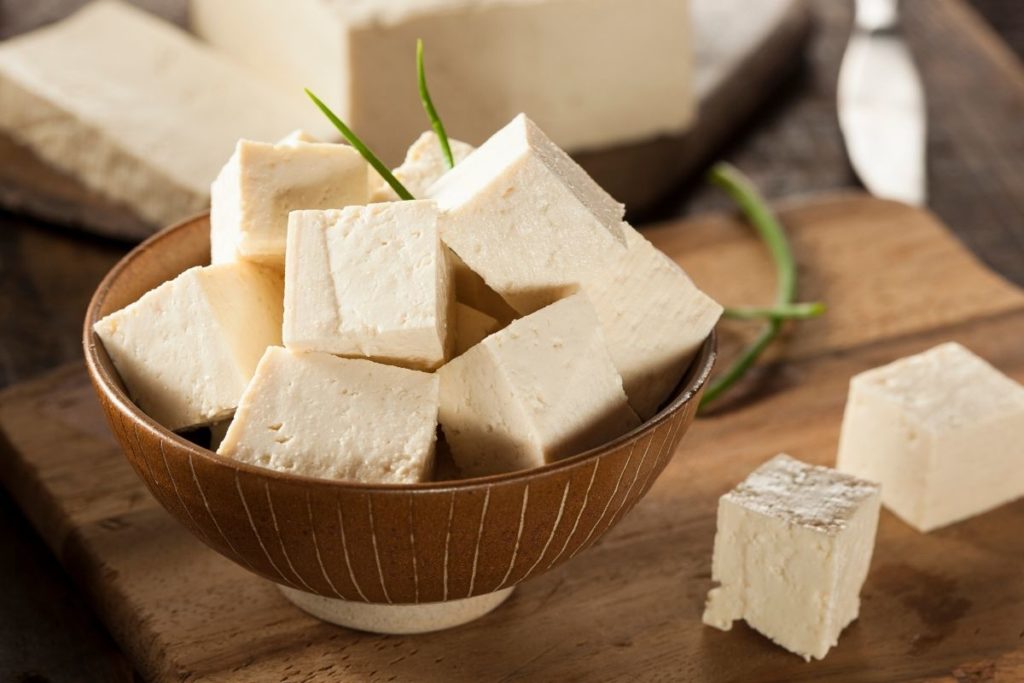 How Long Does Cooked Tofu Last? Can Tofu Go Bad? 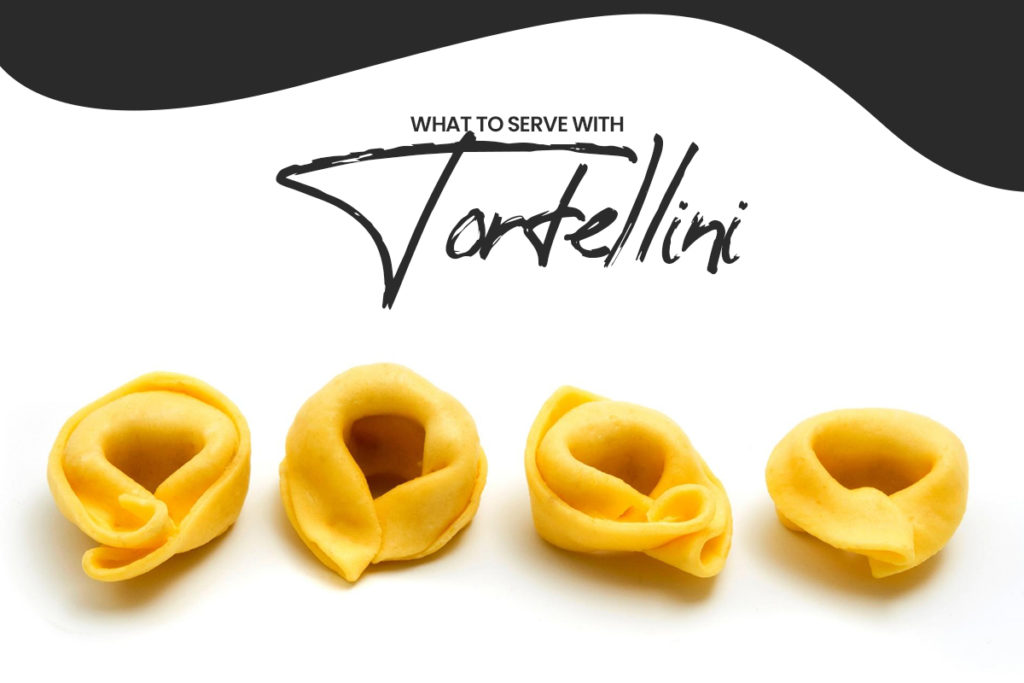 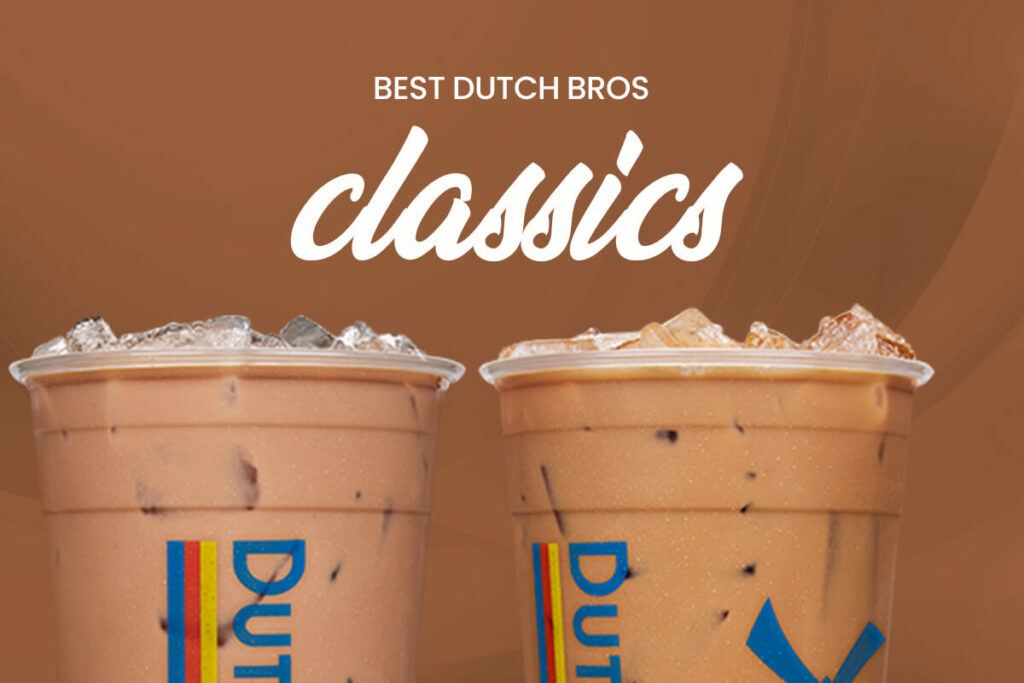